It's been a whirlwind around here.  So many things going on.  First, I will say I haven't shot anything with my pink BB gun yet!  Not even the Husband!  So this past weekend, I moved into my very own photography studio. 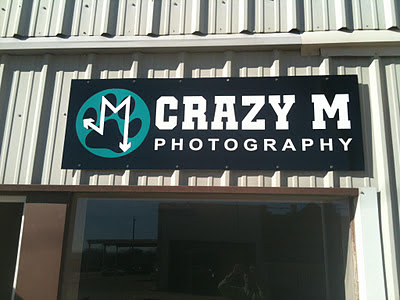 I know!!  Can you believe it?!  I really wanted a place to meet clients and showcase my work.  I have my western prints for sell.  Have a back area that I am setting up for a small studio.  The front was fixed up nice.  The back, not so much!  So on Saturday, the Husband and I started ripping out nasty sheet rock.  Guess what we found? 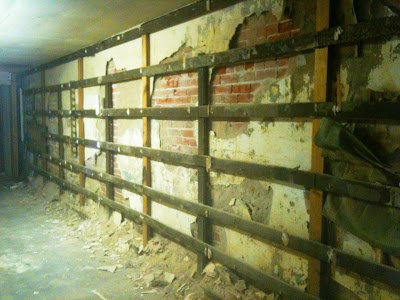 Yep!  An old brick wall!  How perfect!  Automatic backdrop!  So we spent the weekend getting the shop cleaned and stuff moved in.  I finally have a spare room again!

Then on Monday I got up REAL early to head in for live TV!  Can you believe a local news station wanted to do a story on lil ol me?!  They were probably having second thoughts when I walked in and tripped over a cord attached to the camera.  Almost took it out!  I'm so graceful!

So I was on live twice that morning during the news broadcast.  Scary!  I tried to keep my dorkiness in check but it's hard.  Then they did an interview and shot some video of me taking pictures at the shelter.  They did that story at 6 and 10p.  I truly think that is WAY too much wife in one day for anyone!  Would you like to see the story?


So how freakin' cool is that?

I also competed in the marathon on January 1st to raise money for the shelter and low cost spay/neuter clinic.  I raised a total of $1600!!  So half went to the medical fund at the clinic and the other half is sponsoring 15 spay/neuter procedures for cattle dogs!  So 15 dogs will be fixed for free!

Okay, what else?  My Christmas tree is still up because I haven't had time to take it down.  The husband asked me this weekend if we were gonna be rednecks and leave it up all year.  Ha ha!  I will get it down....eventually.

All the animals are doing well.  We should be working calves this week sometime.  Hopefully!  It keeps getting put off due to weather and various other issues.  Harley had TEN teeth removed last week.  Had to sell a cow to pay for that!  But the old man needed it and he's doing well.  All the other monsters (Diesel, Lucky and Penelope) are still running amuck!

Anyhow, what's up with you?