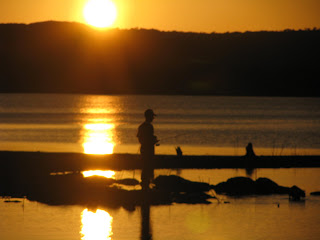 We took a long weekend and went to the lake for our anniversary. Just wanted to get away and relax for a few days. We enjoyed it very much but not as much as our fishin' dog, Harley. He had a blast trying to catch them fish.
The first day of our trip started out gettin' the fishin' tackle in order. 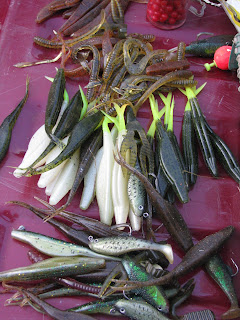 Really, how many rubber thingamagiggers do you need? Apparently, more than I ever thought.

The lake levels were very low but we found a pretty good fishin' hole in the Cedar Point Recreational area. We caught more rocks than fish though! Spent a good majority of time fixin' broken line. 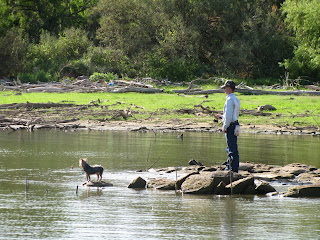 The husband and Harley intent on catchin' Walter! 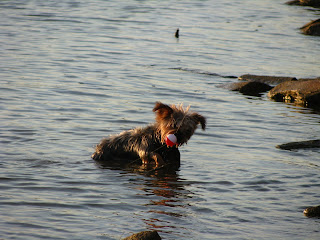 The fishin' dog had such faith in our fishin' ability. He would attack the line every time we reeled it in, thinkin' we would have a fish. He was disappointed the majority of the time. 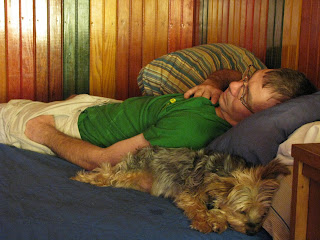 All that fishin' just tuckered them out!
Created by The Wife at 1:29 PM