Come Feed with Me

So as I made my way out to the barn this evening, I thought, "hey, why not show y'all what I'm feeding."  Really, it's not that exciting.  But I don't have much excitement around here.  Plus I'm at home by myself in the evenings with the husband back at work.  Just humor me. ;)

I'm a routine kinda girl.  Feed the same way every time in the same order.  First I start with the big boys. These guys are the only two older ones left.  We've sold everyone else. Stubby and Eyebrows.  They can be pretty ornery.  I've had them run at me, throw their heads at me, not let me in the gate.  I have to be creative sometimes.  I have feed troughs in two different areas of the pen.  If they are at one gate, I go feed thru the other.  It's a cat and mouse game.

Then I feed Miss Kitty. 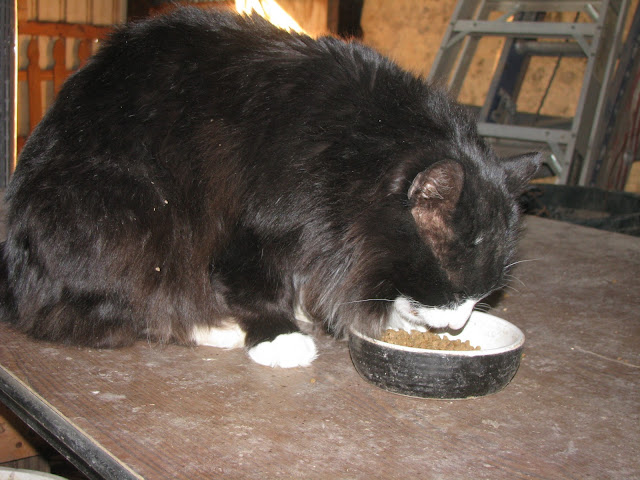 She won't let me get two steps in the barn without telling me she needs her dinner.

After I get her taken care of, then it's the young bulls turn. 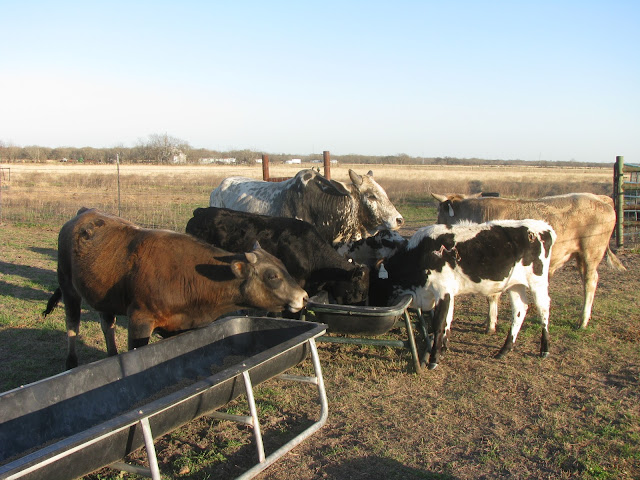 Mojo is in with the lil bulls.  He was the one with the broke leg.  He was so happy to get friends in his pasture.  But he's a turd when I'm trying to get in the gate.  We usually have a stand-off.  Eventually he figures out he won't get fed until he backs off and I manage to get in.

The heifers are next. 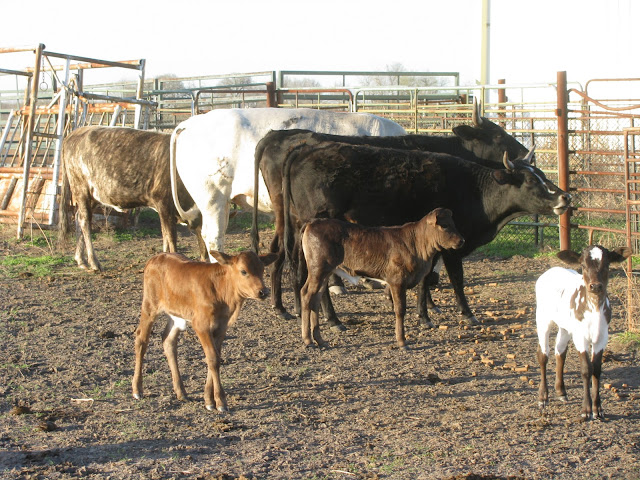 I pour breeder cubes out for them.  We have a new breed bull out with them right now.  So I'm pretty leary of  him.  He's pretty snorty and I never trust any bull new to the place.  So I always keep my eye on him. 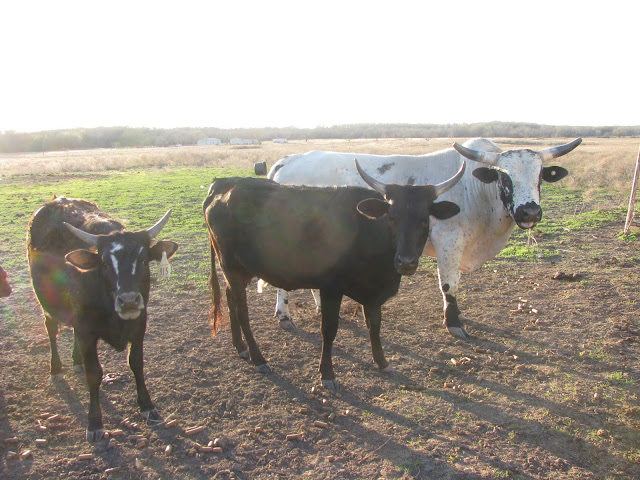 Now it's time for my sweet boys. 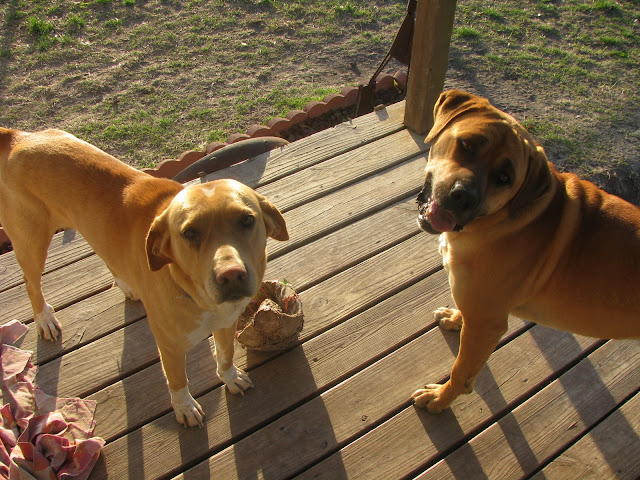 They've waited so patiently. Don't they look ready to eat!  And of course, we can't forget Penelope! 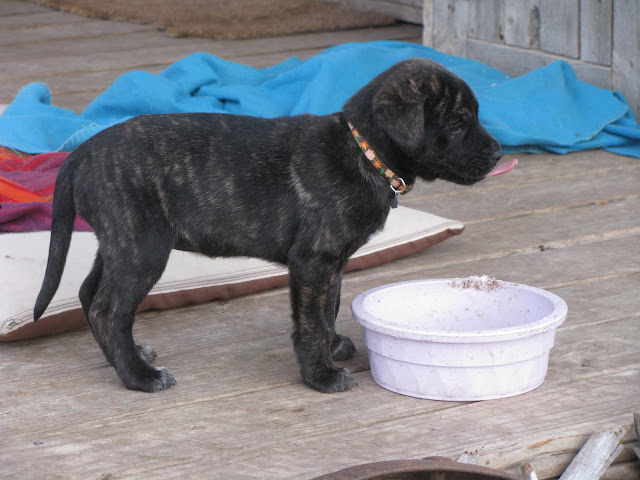 I bought her puppy chow but she refuses to eat it.  She will only eat the "big" dogs dry food.  So much for me trying to get her the "proper" dog food!

So after all that, Diesel and I usually play a round of soccer while Penelope is chewing on my pants leg and Lucky is gettin' a good pettin'.  It's kinda like patting your head and rubbin' your tummy at the same time while jumping on one foot!

Once that's done, I get Harley fed in the house and find me something to eat!  Exciting, huh!
Created by The Wife at 7:32 PM

Isn't it funny we are the last ones to eat;) Not very exciting around here either.

Sometimes boring routine is just perfect. I have one similar,minus the bull,but add the snow

I love the bulls!....even though I'd be terrified to get close enough to feed them!

Some of them have such pretty hides! And of course sweet faces- even the snotty ones!
I'd say you were a lucky girl to come home to all of that!

That baby on the right has stolen my heart with its amazing color...but darling Penelope!

I love seeing your animals.

Oh goodness, I love the little black and white calf on the right! But, I also love the brown one towards the left. . . what can I say - always a sucker for a jersey look-alike.;}

I took pictures a few days ago to do a post just like this, so if it's boring, we are in the same boat! I also feed my poor dogs last.......LOL!

Glad The Husband is feeling better and that you've got a new little girl to love, I can't wait to watch her grow!

Have a great weekend! :)

If I could be around that everyday I wouldn't find it too boring.

I'm jealous of the nice weather you're having! Your calves are looking good, the white one has neat markings- perfect stockings.

Sounds like the good life to me!! Lots of mouths to feed and lots of fun to be had!

Glad the Husband is feeling better!

I don't think I'd like having to go into pens with any animals that might be aggressive. I don't know how you do it.

This little dog is way too cute !!!

all your new babies are soo cute....I love their ears!!

They are so cute, life in the farm is really enjoying if you have a lot of animals. Feeding them is kinda tiring but for sure its totally fun as ever.