What a week we had!!  Last Tuesday, while the husband was in Austin and me at home, we watched via the internet, our bull, Long Shot, win the long round of the Back Seat Buckers competition in Vegas.  We had to make the top 5 to advance to the world finals on Saturday.  We were so excited! 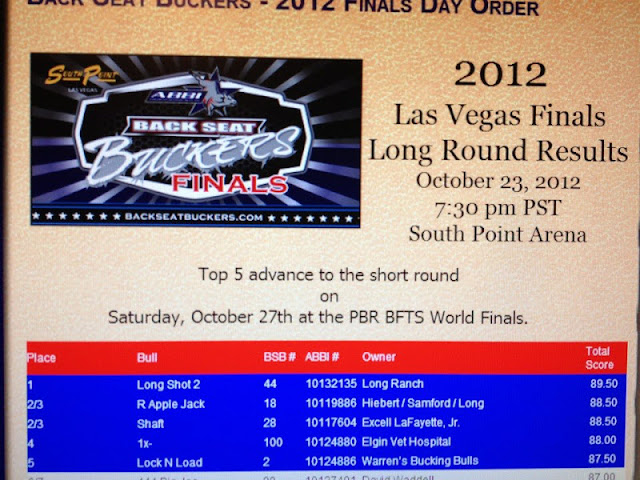 We flew to Vegas late Friday night.  Met with the new owners of Long Shot early Saturday.  Mr. Long and his wife are such great people.  They requested we sit with them at the PBR Finals that night.  The short go round for Long Shot was head after the 4th section during the PBR Finals.  Of course, their seats were in the third row! 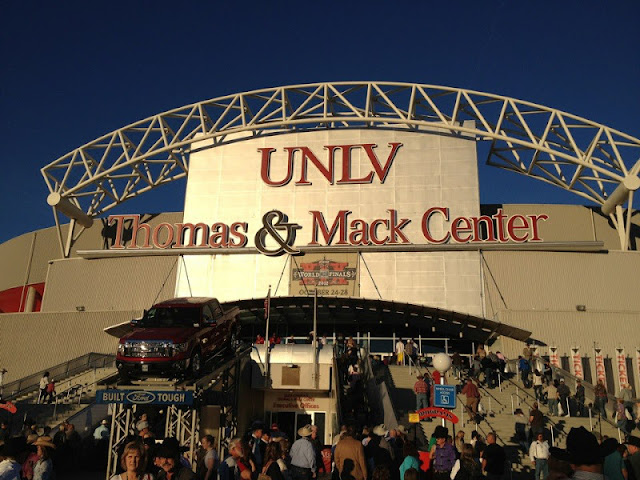 We were so nervous leading up the the competition.  But it came and Long Shot was the last bull out.  He BLEW them out of the water!!  We WON the World Finals for the Back Seat Buckers!!  Mr. Long was presented with a check for $250,000 and a buckle. 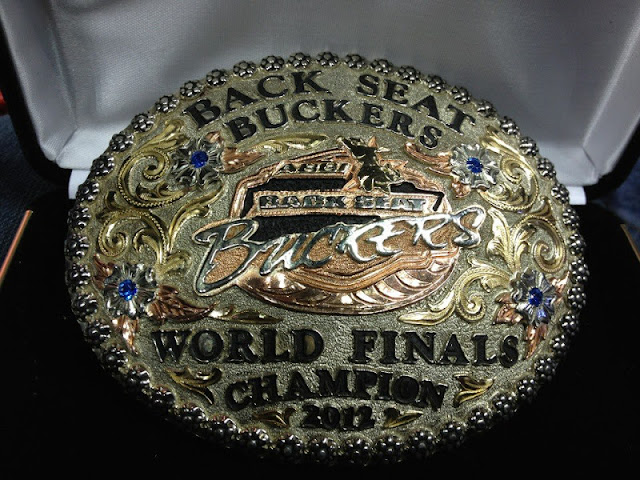 Mr. Long then stated he was having one made for us as well.  We were so ecstatic.  The husband has always said he would never go to the PBR Finals unless he made it.  Well, we finally did and we left world champs!